Moving to Denmark back in 2005 had one major side-effect that I and others did not imagine, one that transformed my life and way of seeing things.

When you move to a foreign country where you cannot speak the language you are instantly cut off from all media sources.  Imagine, no TV news, no newspapers, no radio beyond listening to the music itself.  At first, it’s strange and you realise there is a gap to be filled.  I filled this gap by reading many books and online sources.  Except instead of being gently guided by the mainstream media, as I now realise we all are, I chose books related to my own interests in history and finance.  This took me down a very different path to the TV and allowed me to grow in a completely new direction.

It’s a trait that I can see now is very common.  Two of my most interesting media sources – James Corbett and Richie Allen had the same experience.  It’s a kind of awakening to see the world as it really is and that much of what we are told to be believe is important and makes a difference does not.  Take “democracy”, for example – the concept of being allowed to tick a box with a pencil every now and then to decide on one of a few pre-approved candidates who are going to somehow magically improve your life sounds ludicrous – and indeed is, when looked at as a foreigner, unable to vote in another country.  The genie is out of the bottle and it’s very hard to get it back in.

One such book on my literary travels in the period was Atlas Shrugged.  This weighty tome of about 1,000 pages is probably never going to appear on any school reading list, but it hooked me instantly.  In this book, a functioning USA of the 1950s descends into chaos and self-destruction as people demand more and more from the producers, to give to those on other other side of the equation.  From each of his ability, to each of his need is the cry.  Ironically, this sounds exactly like the much used Danish mantra those with the strongest shoulders must bear the heaviest burden – it’s even in their official tax leaflet for new arrivals to the country and unbelievably their new Prime Minister, Mette Frederiksen used the phrase in the 2019 election.  What’s that about Turkeys and Christmas?

Obviously, as the country demands more and more, the productive people eventually decide to give up and get out.  Even to the extent that they have to throw away their once-productive former lives and start all over again in a new community of like-minded independent people called Galt’s Gulch.  This then causes a massive crisis as the people who got used to receiving everything and doing nothing can no longer maintain those lifestyles.  The government continues to pull levers, resulting in massive inflation, shortages and extreme proposals like killing all children under 7 to stave off famine.  Oh dear.  Mere velfærd, anyone?

One of the first things I did in late-2016, after refinancing to survive, was treat myself to a globe drinks bar I had always fancied having ever since I was a young child.  Very profligate of me, I know, but the house was extremely empty and bare after the crack removals team had been in (Where’s my hammer and my Romertopf?).  Plus, trust me, it was not so expensive as you might think!  Oh and not for the alcohol either, I think it was another influence from my grandmothers large house, as my sister has also always wanted one.  It now stands proudly and while to many, it’s just a globe drinks bar, to me it’s also Atlas – holding up the weight of the world on his shoulders, just as I single-handedly held up the weight of my world for so many years.  Not that I’ve stopped holding it up, mind.  People just think I have.  It’s taken for granted.

Actually, it does raise a question.  How many people even think of Atlas holding up their world?  Behind everyone on welfare, every child, every student – there is an Atlas, even if they are not aware of it, and if they push him too far well, is there not a chance he might shrug too? 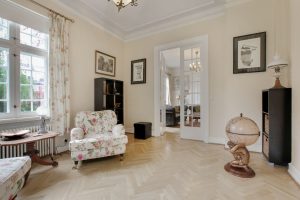